Oscar Watch: Into the Woods 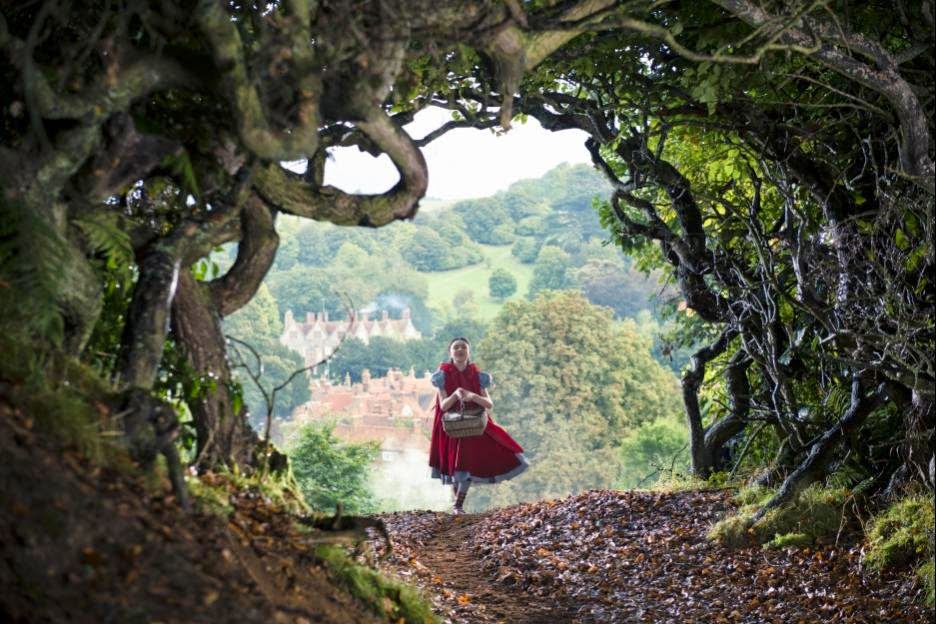 I'm not much of a Sondheim fan, so I have to confess going into Into the Woods with very little advanced knowledge.  I knew it was a musical, had an all-star cast, and dealt with fairy tales in some way.  What I found was a story that was at times delightful and at others exasperating.  In particular, I was shocked at how sexist the whole thing is.


At its foundation, the idea of blending several classic tales together into one "here's how it really happened" narrative is a sound one.  In this case, having a baker and his wife attempt to mollify their witchy next door neighbor by going on a quest that causes them to stumble into the stories of Little Red Riding Hood, Cinderella, Jack and the Beanstalk, and Rapunzel is inspired and works well throughout the first act.  Though the action drags occasionally, the interconnections of the subplots allows for the film to move slowly forward, and the musical numbers are light enough not to get in the way.  When everything has worked out and (almost) everyone has gotten their happy ending, it presents a nice finale to a harmless, light musical.
Then we hit "Once Upon a Time...Later," and Act II begins.  Oh, son of a bitch! Wasn't that enough?

Act II is really where Into the Woods falls apart and the sexism in the story shines through.  While everyone was acting within the original fairy tales during Act I, it was easy to miss, but throughout the novel action of Act II, it quickly becomes apparent that the authors believe women can take on one or more roles including Mother, Villain, Lover, and Victim.  But never Hero.  Oh no, that's reserved for the men.

The many women in this cast will throw themselves at the men.  Certainly Cinderella's stepsisters fit that description.  And the Baker's wife falls to the wiles of Prince Charming rather quickly, later thinking maybe she needs that in her life.  But even Cinderella and Rapunzel are for the most part passive love interests: Cinderella runs away from her prince and waits for him to come for her, while Rapunzel remains in her tower (and later in her swamp) waiting for her prince to come for her.

The women will care for the children.  Obviously the Baker's wife cares for her child, but later in the action, it's good old Cinderella who is continuously handed the baby.  Jack's mother constantly worries about her adventurous son and is killed almost immediately after taking her first action to actually try to protect him.

The women will be rescued or cause trouble.  Little Red Riding Hood and her grandmother are sitting passively being digested by the wolf when rescued by the Baker.  The witch, driver of so much of the action, cannot touch any of the important items herself.  When the giantess shows up, she runs away and is then killed when trying to save just herself.

But not a single one will do the rescuing -- that's left for Jack, the Baker, and the various Princes.  The most direct action taken by a female character in a heroic mode is Cinderella, who asks her bird friends to help the menfolk defeat the giantess threatening them.  And that's a real shame considering how much star power there is among the female cast.

By the end, it didn't much matter to me who died and who survived, I was just ready for it to be over.  The film's messages of acknowledging that everyone must go "into the woods" at some point and the importance of remembering stories are fairly weak in the face of its implicit message that women are mostly just trouble until you have a child that needs caring for.  It's hardly the kind of thinking I would encourage introducing to kids.

Still, there are performances worth noting.  Meryl Streep is nominated for an Oscar for essentially playing a stock Meryl Streep character (though one that sings this time), and it will be interesting to see how she stacks up against the competition.  We all know Anna Kendrick can sing up a storm, and she lives up to expectations as Cinderella.  James Corden is delightfully put upon as the Baker, and he should really be given more high profile projects to do by Hollywood.

But probably the most entertaining of the bunch is Chris Pine, who plays his Prince Charming so consistently, excellently hammy that he steals every scene he is in.  The shit-eating grin that he wears while chewing the scenery indicates that he had a blast making this film, and it shows through nicely.  If they had somehow gotten him to play Galavant, that show might be more entertaining than it is.

Into the Woods is also nominated for two craft Oscars in Production Design and Costume Design.  Both nominations are warranted, though they're competing with some stellar nominees, including The Grand Budapest Hotel in both categories.

Overall, I can't recommend spending the money to sit in the theater for Into the Woods, but if you can stand getting past the bad messaging, it's worth a rental to have a light entertainment with some great performances at home some evening.