A Short Look at Ant-Man 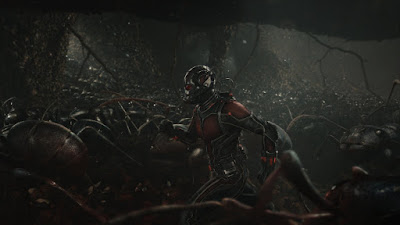 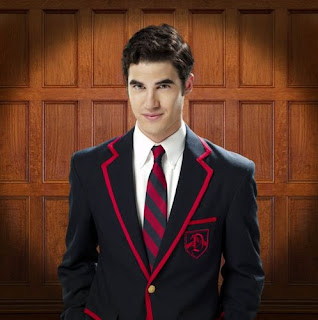 Wait, that's not right.  The villain is actually Darren Cross, a nefarious businessman who looked like this in the comics: 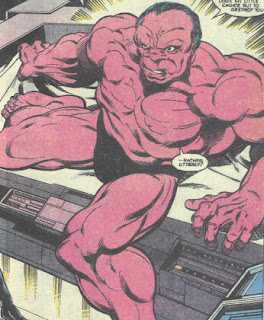 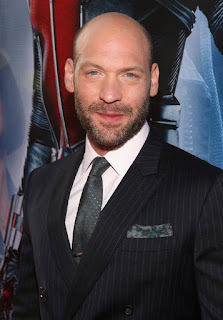 That's Corey Stoll, who has achieved That Guy status in supporting roles across a bunch of mid-level films and television shows.  But hey, who needs a star villain when your film is fronted by Michael Douglas, Paul Rudd, and Michael Douglas's enormous penis?

In keeping with Marvel tradition, the bad guy is an evil businessperson.  I mean, look at the MCU villains in order:


This doesn't seem the most imaginative slate of comic book villains, instead kind of reading like a liberal's version of the Legion of Doom.  Hand this to a die hard Democrat, and they may think it's a list of 2016 GOP presidential candidates at first.

In any event, Darren Cross is Hank Pym's former assistant and hand-picked successor, except he's greedy, is just a little nuts, and happens to be a colossal dick (though probably not as big as Michael Douglas's).  Cross looks at Pym's technology (the legendary Pym Particles that allow one to shrink to ant size) and sees dollar signs, where Hank saw danger if it fell into the wrong hands.  Hank wants to make sure Cross can't sell his technology, and so here comes Scott Lang.

The movie can be thought of in three acts.  The first act sets up all the characters and their situations, resulting in the recruitment of Scott to Hank's plan.  During this time, we're introduced to Michael Pena's Luis, who pretty much steals the movie and is the source of much of its comedy.

The second act involves Scott's training to become the Ant-Man, aided by Hank and his daughter Hope, played by Evangeline Lilly, continuing her string of roles that didn't exist in the original material.  Throughout the training, you learn how the Ant-Man powers work, which you should immediately forget, because the movie violates its own rules several times throughout, and there's no point getting yourself distracted.  Also during this act is a scene that was clearly tacked on to help set up a subsequent movie (like the Thor scenes from Age of Ultron).  However, it's entertaining, so don't worry yourself about its implausibility.

The third and final act involves the heist itself and the inevitable Boss battle that you have to have in these types of films.  And it is an entertaining, extremely well-choreographed battle indeed.  It relies a bit much on breaking its own rules of physics as well as some well-timed poor decision-making and behavior on the part of critical characters, but it jumps off the screen nonetheless.  And the size-changing effects and perspective-altered environments are largely very well done and easy to follow, keeping you engrossed in the action.

Throughout, the movie keeps the laughs coming at a reasonable pace.  I was somewhat nervous that the laughs might come by lampooning the comics characters, but I was glad to find that both Hank and Scott were treated with respect throughout.  Marvel's not going to depants their characters (at least not without Harry Dean Stanton there to help them out).  Instead, the comedy flowed primarily from the characters' personalities and how they mixed.  And the omniscience and omnipotence of Baskin Robbins.  Again, Pena's Luis jumps off the screen when it comes to that.

There are two mid- and post-credits scenes to stick around for.  In one, the movie previews the introduction of another character for the inevitable sequel.  In the other, the suspicion that the second act scene that seemed tacked on was done to set up one of next year's movies is confirmed.

Is Ant-Man a great film?  Of course not.  None of the Marvel movies are.  But like its brethren, it delivers a solid, well-crafted couple hours of high-quality escapist entertainment, and that's what you should expect from these movies by now.  After all, you don't hit a James Bond movie hoping for a deep exploration of the human condition, and you shouldn't here either.

The opening weekend box office was one of the lowest for Marvel's slate to date, and that's too bad.  Ant-Man should rank up there among the best of the studio's productions so far.  I highly recommend.
Posted by JL Franke at 7:56 PM