Every year, I pick my winners among the categories where I've seen the majority of nominees.  This year, that makes 17 categories I've made my selections in.  These reflect only who I'd vote to give the Oscar to if I could, and not an attempt to predict who will win. In the past my picks have largely coincided with the Academy's selections, but they can easily diverge, especially this year, where the nominees are wide ranging and clear winners aren't apparent in many categories.

As usual, I already posted my rankings of the nominated film and my top pick is Vice. This was kind of a weak year for Best Picture, as I would put the each of the last few runners-up over all of this year's entries.  But from an imperfect set, I'll go with the work that I feel tried something new and fresh.

I'll be happy if any of my top five get the statue, which since it's only an eight film slate, is not saying much for this year's quality. 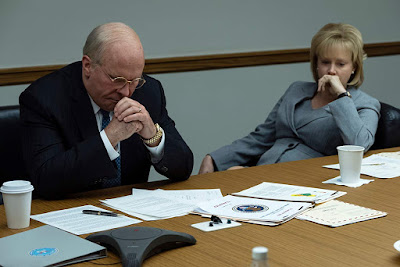 I really struggled with this category because of the same imperfections that made selecting a Best Picture this year a little tough.  Honestly, if Ryan Coogler had been nominated, I might have picked him because he truly made a great film starring a superhero, which is not easy, or else everyone would be doing it.  As it is, I think I'll go with Alfonzo Cuarón, who made an assortment of very unconventional casting choices work pretty well in a well-structured film.  I did not pick Roma for Best Picture, but I kind of see this being a situation like Life of Pi, where the craft of a film that far surpassed expectations was too much to not recognize. 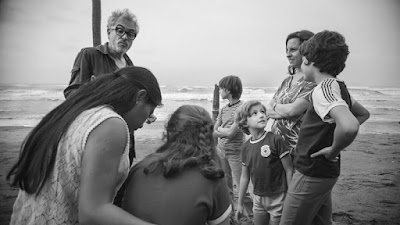 To me, this is a slugfest between Christian Bale and Rami Malek, with Bradley Cooper coming in third.  Both Bale and Malek truly immersed themselves into their real-life characters, with Bale doing another one of his extreme transformations for a role.  I think I have to give my selection to Malek, as he seemed to have more heavy lifting to do and absolutely leapt off the screen as Freddie Mercury.  I don't think the Academy can go wrong either way. 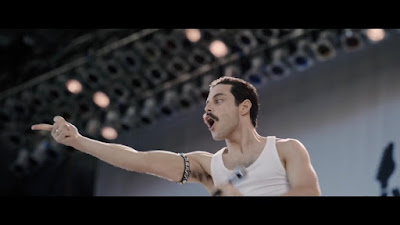 There's not a lot to separate this year's nominees, though I think the climactic scenes of The Wife have earned Glenn Close her first Oscar in seven tries.  I was not thinking this during most of the film, but then she went from enigmatic to slow burn to this stunning combination of fury and sadness and fear.  Honestly, if she's not going to win this year, I don't know what she has to do.  None of the other nominees really did it for me, though if I were to pick a runner up, it would be Lady Gaga, who coupled her extraordinary musical talents with some very solid acting chops.  If we tend to over-reward actors who sing these days, should we over-reward singers who act? 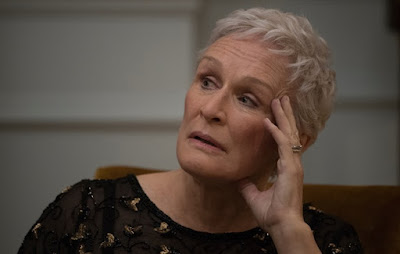 I would have gone for my perennial favorite actress Amy Adams as Lynne Cheney in Vice, but then Regina King went and had one of those Oscar-winning moments in a breakdown after a failed attempt to negotiate for her daughter's baby daddy's future during a mission to Puerto Rico in If Beale Street Could Talk.  Watching that I immediately thought she'd vaulted into the Oscar discussion. 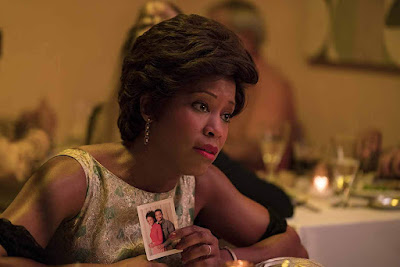 Why don't we just name this award after Mahershala Ali?  Or better yet, make him only take leading roles from now on?  Because man, he is too good to just be the perennial supporting actor nominee.  His Don Shirley is worldly, erudite, and vulnerable.  Green Book would be a poorer movie with almost anyone else in that role.  If for some reason Ali doesn't win, I'm hoping that Richard E. Grant wins for his ne'er do well Jack Hock in Can You Ever Forgive Me?, a classic rogue who's joyful to watch in action. 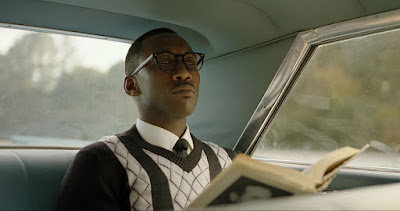 I have not seen First Reformed.  Of the others, I think I'd lean toward The Favourite, which really has some delightful moments and has a few things to say about class differences.  I put that slightly in front of Green Book, which also has a way with its words. 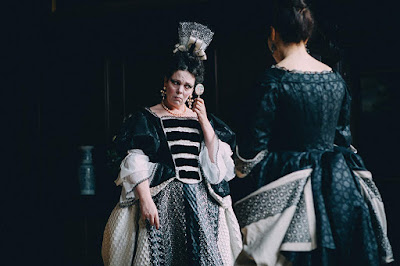 I've not seen The Ballad of Buster Scruggs.  Of the others, I think it's hard to beat the lyrical combination that is Barry Jenkins interpreting James Baldwin's words in If Beale Street Could Talk.  The entire movie is almost prose poetry, and blends nicely with the film's masterful score. 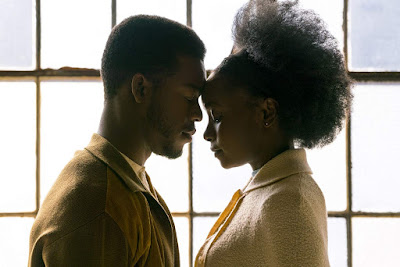 I'll just remind you of my rules about assessing Best Animated Feature nominees:

With that, I went into the last couple weeks expecting Isle of Dogs as my choice, as it's hard to top a Wes Anderson animated concept.  But then I saw Spider-Man: Into the Spider-Verse.  Wow.  It is the best animated film I've seen since probably Up.  And it certainly checks the boxes.  Released widely, it is a movie whose direct story would make for a pretty decent live action superhero movie.  But what really does it for me is the effective mixing of different animation styles into a cohesive whole.  It's truly a stunning film, and well deserving of this honor.  Well done!

I've not seen Never Look Away, but it would have to be spectacular to beat Alfonzo Cuarón.  His black and white work on Roma is stunning.  The setup of shots in locations both rural and urban are rock solid, and his nighttime work is some of the clearest I've seen without seeming unnatural, and the fact that he's done this in black and white is amazing.  I don't even know who I would put second behind him.

I could easily see Fiona Crombie and Alice Fenton winning for The Favourite, but my pick is Black Panther's Hannah Beachler and Jay Hart.  Black Panther brought Wakanda to life, and their mixing of traditional African texture to high tech features is nearly perfect.  Making an environment seem ancient and futuristic at the same time without coming off alien is a significant feat. 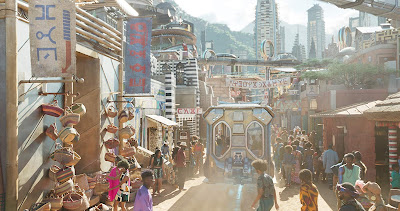 I really would love for the folks behind bringing Winnie the Pooh to life in Christopher Robin to win because that movie really hit me square in the feels, but if I'm being honest with myself, I have to give the nod to Avengers: Infinity War.  That movie was epic to the max, and the sheer amount of combat, space adventure, and mysticism it made immersive has to be recognized.  Ready Player One also looked great, but when the entire world is supposed to be artificial, it's kind of like cheating. 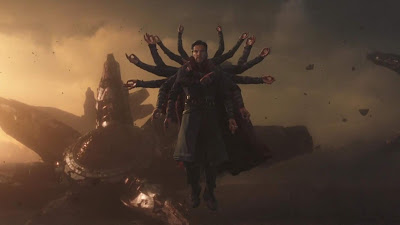 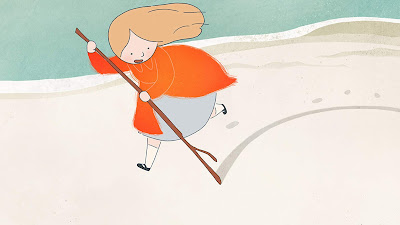 This was not the feel-good slate of the year.  Wow, was this (and the documentary slate) depressing to watch.  I think there's something to be said for the chances of Skin to win the Oscar because of its subject matter, but it felt a little too revenge fantasy for me.  Instead, the film I thought was most well done was Detainment.  Detainment has received some negative press because the mother of the victim of the crime complained about the film's making, but I found the dive into how evil can come from even the youngest minds and the story of how the police handled the case quite engrossing.

A Night at the Garden has gotten a ton of press, and it very well could win because of today's political environment, but I can't get behind that decision.  To me, it takes very little art to dig around and find some archival footage that shows a couple minutes of a Nazi rally in New York, slap a text piece at the end, and release it.  I don't see the craft there.  It's a glorified YouTube video that doesn't even bother to provide context or tell the full story (what else was said at this rally?  what were these people's concrete aims?  what was the crowd doing when they were not saluting?).  I want to reward a film that actually put some work into it and had something directly to say.  From that perspective, I loved End Game, the story of doctors and therapists who handle palliative care, the patients who are facing their own imminent deaths, and the families who are left to struggle with these end of life decisions.  End Game is powerful watching, as evidenced by the sheer volume of tears I witnessed all around me in the theater. 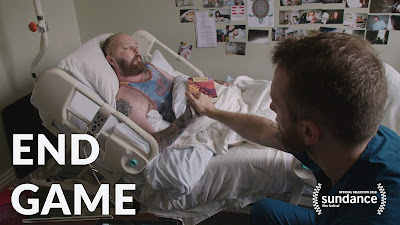 I thought this was a great year for creative scores.  For me, it becomes a toss up between Black Panther and Isle of Dogs, though Nicholas Britell's incredible atmospherics in If Beale Street Could Talk are a close third and quite worthy of recognition.  Of the two cultural appropriation nominees, I think I have to give Frenchman Alexandre Desplat's Japanese drums and string work on Isle of Dogs just a slight nod over Swede Ludwig Göransson's African fusion.  I fully expect the Academy to reward Göransson since Black Panther is a bit of a darling at this year's Oscars and Desplat already has more than one statue, and I won't feel bad about it.  But in a neck and neck race for my vote, I'll go with the defending champ.

Sorry Kendrick Lamar, you made a great song in "All the Stars" for Black Panther, but you're up against Lady Gaga and the song that was almost a character unto itself in A Star is Born.  "Shallow" is a very solid tune and has been racking up the awards, and I fully expect it to continue its run at the Oscars, deservedly.