Every year, I pick my winners among the categories where I've seen the majority of nominees.  This year, that makes 15 categories I've made my selections in.  These reflect only who I'd vote to give the Oscar to if I could, and not an attempt to predict who will win.  While in the past my picks have largely coincided with the Academy's selections, I have a feeling this year we'll be at odds.

I've already posted my rankings of the Best Picture nominees, and I have The Big Short as the winner.  I won't be surprised if The Revenant, Spotlight, or Bridge of Spies wins instead, though. 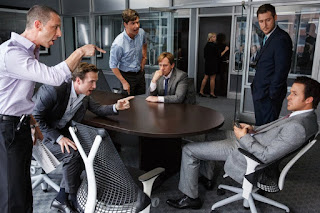 It's really hard to go against Alejandro González Iñárritu yet again, as he crafted a strong movie in The Revenant that went beyond its faulty script.  The excellence in achieving the bear attack alone and setting up the opening camp attack are award worthy by themselves.  If he doesn't repeat, I hope that George Miller wins. 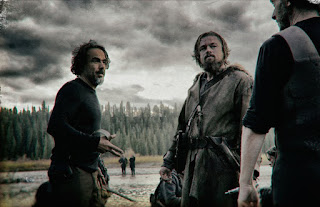 Leonardo DiCaprio is the favorite for the Oscar based on word of mouth and prior awards, but I can't pass up Eddie Redmayne's incredible performance in The Danish Girl.  It was absolutely riveting watching his character discover, accept, and transition to his female self.  The Academy seems unwilling to grant many back-to-back winners and has of late made awards based somewhat on bodies of work rather than single performances, but I'm making my selection on just the singular performances in question.  Bryan Cranston would be my third pick for Trumbo, but is a distant third behind Redmayne and DiCaprio. 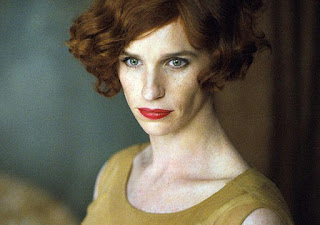 I haven't seen Charlotte Rampling in 45 Years, so am picking from the remaining four.  I think it really comes down to Cate Blanchett as the eponymous Carol and Brie Larson for her portrayal as the captive Joy/"Ma" in Room.  They're both nearly equally deserving and a step beyond their competitors.  I'll go with Larson for doing more of the heavy lifting in her film. 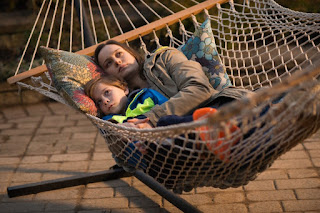 This is a surprisingly strong category this year.  Sylvester Stallone won the Golden Globe for Creed, but I actually think he's the weakest of the bunch.  Bale went a little too Rain Man with his role in The Big Short, while Tom Hardy was a little one note in The Revenant.  Mark Rylance was incredible as the spy Abel in Bridge of Spies, but was absent for much of the movie.  That leaves for me Mark Ruffalo, who put in a strong portrayal as a crusading reporter in Spotlight, where he could have easily been considered for Lead Actor.  I don't consider Oscars to be career achievement awards, but I am gratified that I can pick Ruffalo for this, as he's long amazed me with his ability to create totally new persons each time he takes on a role.  If you watch his movies, you'll note that his voice, his posture, and his gestures all change from role to role.  Daniel Day Lewis gets lots of press for doing this, and Ruffalo does it almost as well. 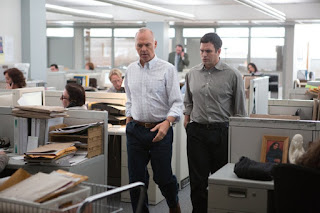 I have not seen The Hateful Eight, so I cannot consider Jennifer Jason Leigh, who I've heard does a standout job.  Of the remaining four, to me it's Alicia Vikander who stands above the others.  Her character in The Danish Girl could easily be considered a leading role, and her performance runs the emotional gamut from sublime happiness to abrupt anger, deep loneliness, and unyielding despair.  Between this and Ex Machina, she's had an incredible year. 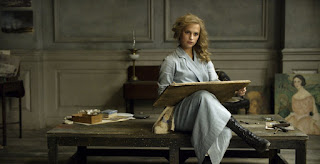 I've not seen The Hateful Eight, so for me it's a race between Mad Max: Fury Road and The Revenant.  Both are beautifully shot films with amazing vistas, but I think the technical difficulty of Revenant's tracking shots and scenes acted out in the weather raised the bar over the amazing captures of action that Fury Road brought.  So I'd give the statue to Emmanuel Lubezki.

This is a tough category, as I could see giving the award to three different recipients (Spotlight, Bridge of Spies, and Ex Machina).  Ultimately, I think I'll have to go with Ex Machina's exploration of intelligence and humanity as the close winner over Bridge's Coen Brothers-driven verbal artistry.  A very good job by Alex Garland.

The Big Short's screenplay is inventive, informative, and ground breaking.  I named the film my Best Picture partly due to its screenplay, so it only makes sense to give the Oscar to Charles Randolph and Adam McKay.

I've only seen two of the five nominees, and neither was Anomalisa, which sounds amazing.  However, Inside Out belongs in the same stratosphere as Up, Big Hero 6, and Wall-E, so it gets my nod. 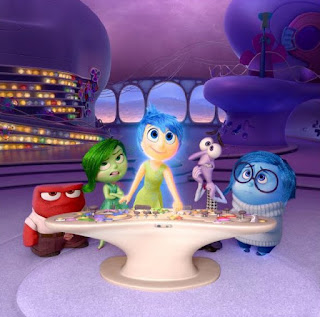 I have to give this one to Mad Max: Fury Road, as it invents an entire new world that feels real, as crazy as it is. 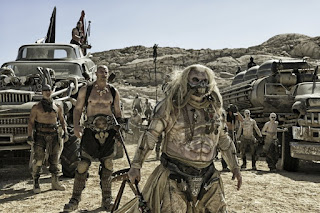 I've not watched The Hateful Eight, so it wouldn't be fair for me to judge it.  Of the remaining nominees, it comes down to me to a choice between the modern ambiance of Jóhann Jóhannsson's score for Sicario and the return of John Williams to the Star Wars franchise.  It may be nostalgia, but I'm going with the master on this one.  The Force Awakens for the win. 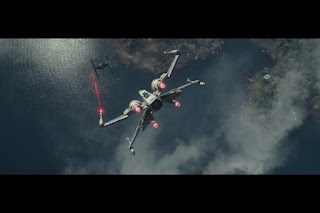 Holy crap is this a loaded category this year.  I could easily see almost any of the nominees taking this home.  But given I need to pick, I'm selecting the granddaddy visual franchise, Star Wars, to be triumphant.  That tracking shot with Po's X-Wing fighter in the background is a thing of beauty.  Again, The Force Awakens for the win. 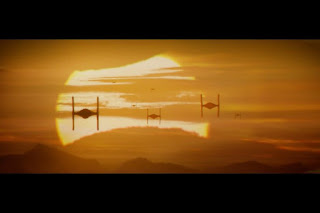 I was going to give this to Shok given its decimating ending, but then I saw The Stutterer, which completely charmed me. 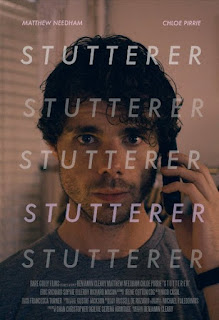 I've only seen three of the animated shorts, but the one that really speaks to me of those is Historia de un Oso, which tells the compelling tale of a bear who sells an animated history of a captured circus bear to other bears as a street vendor.  Of the other two, World of Tomorrow just dragged and Prologue was a little empty and featured a scene of a warrior being stabbed through the anus that I really didn't need to see.