Ten More Movies That Need to Be Made

When I last did a list like this, I mentioned I had more ideas.  As it turns out, I had a lot more, so this will most likely become a recurrent post.  Here's what I had to say before, and it still holds true:

I don't know about you, but I'm a little fatigued by all of the sequels and series reboots we get year after year these days.  There's a bounty of characters, works, and topics that have either yet to see the silver screen or haven't seen it in quite some time.  Below are a selection of ten I'd love to see get picked up by a studio with the right script, director, and cast.
I'm discounting any source that I've seen recent announcement of it being developed into a film, so obvious choices like Sandman, Good Omens, Old Man's War, Snow Crash, The Diamond Age, and The Lies of Locke Lamora are not included (even though chances are we'll never see most of them actually made).

What's it about?  The Black Company is a band of mercenaries in the employ of the evil empire of The Lady, commissioned to wipe out a rebellion led by the last remaining good wizards in the land.  As captured by their physician/historian Croaker, the Black Company win many battles against poor odds until they, too, begin questioning their mission.  What will happen when they finally decide to break away and earn The Lady's fury?

Why it could work!  In an era where Game of Thrones has shown that mystical politics and war can succeed as popular entertainment, The Black Company series by Glen Cook is ripe for adaptation as either a movie franchise or as a replacement miniseries once Thrones ultimately concludes in a couple years.  It is a large scale epic featuring character turns, unexpected deaths, and grand crescendo battles, which today's audiences pretty much expect from such tales. 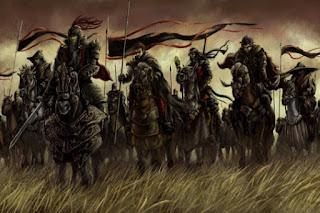 What's it about?  Starting July 4, 1908, the Chicago Cubs played an epic 40 day long game with All Stars from the semi-pro minor league Iowa Baseball Confederacy at Big Inning, Iowa that eventually led to the collapse of the Cubs as a championship club and the destruction of the town of Big Inning.  Or maybe this didn't happen.  The only person who remembers this game is Matthew Clarke, who had been struck by lightning and may be making up all of this.  However, when Matthew dies in a bizarre foul ball incident at a game in Wisconsin, his son Gideon suddenly acquires this knowledge of the game.  But he does his father one better, actually managing to travel back in time to witness the game and its manipulations by the native magics wielded by the local Black Hawk Nation tribe in an attempt to recover their lost lands.  Along the way, President Theodore Roosevelt stops by to pinch hit (he strikes out with a big stick) and Leonardo da Vinci shows up to claim he was the one who invented the game of baseball.  Eventually the game ends after 2,614 innings (though saying how would be spoiling it).  Needless to say, the second game of the planned double header was canceled.

Why it could work!  Maybe you missed the parts above about the Chicago Cubs, Black Hawk tribal magic, Teddy Roosevelt, time travel, and da Vinci.  This was W.P. Kinsella's followup novel to Shoeless Joe, which was adapted into Field of Dreams, a movie you may have heard about.  A skilled screenwriter will need to tame the more fantastical elements of Kinsella's lyrical writing, but just as with Field of Dreams, The Iowa Baseball Confederacy offers an exploration of multi-generational family dynamics set against a backdrop of baseball and mysticism that can be utterly rapturous if done correctly. 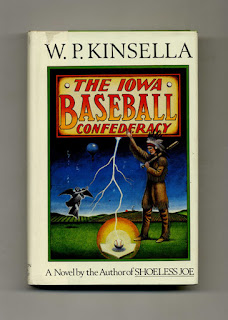 What's it about?  Over the course of almost a hundred years, generations of American artists and thinkers travel to Paris to find their art, their vocation, and themselves.  Samuel Morse paints The Gallery of the Louvre and crosses paths with James Fenimore Cooper before returning to the US and inventing the telegraph.  Elizabeth Blackwell trains to become the first female doctor in the US.  Mary Cassatt perfected her craft and participated in the beginnings of Impressionism.  Throughout, the city of Paris marches forward through history.

Why it could work!  This would probably be best as an HBO miniseries rather than a theater-released movie.  In any event, Greater Journey is an incredible tale capturing the evolution of Paris throughout the decades, but told through the eyes of Americans, making it much more easily accessible to a modern US audience.  In addition, the individual stories of the people who made Paris their home temporarily are compelling in themselves.  With a stellar cast and good production values, this could be a great piece of art on a weekly basis. 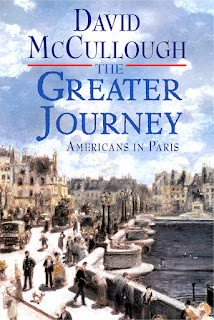 What's it about?  In the 1830s and 1840s, Ada, daughter of Lord Byron, strikes up a working relationship with Charles Babbage after becoming fascinated with Babbage's work on computational machines.  Her notes on a method of calculating Bernoulli numbers on Babbage's unbuilt Analytical Engine has caused her to be named history's first programmer.  In the 1940s, Naval Reserve Lt. Grace Hopper, PhD, joined work on the Mark I electro-mechanical computer, eventually joining the UNIVAC team after the war, where she wrote the first programming language compiler.  By the end of the 1950s, she helped define the COBOL programming language that shaped business applications for decades.  She would advocate for the US Department of Defense to shift from large mainframes to networks of computers and pioneered formal testing of software.  She would eventually make the rank of Rear Admiral.

Why it could work!  We've seen biopics of Alan Turing and Mark Zuckerberg and Hollywood keeps going to the Steve Jobs well, but we've seen scant mention of the contributions of women to computing, so why not combine the stories of two of computing's best known female pioneers?  It seems odd to try to combine the two time periods into a single movie, but if a movie about Julia Child and a whiny blogger can earn Oscar buzz, surely this can be done well. 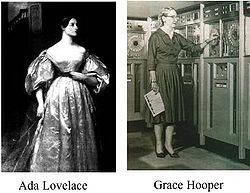 What's it about?  In a two-generational story, mathematicians at Bletchley Park and a unit from the US Marines go about finding creative ways to cover up the fact that the Allies have broken Axis codes while in modern times, their descendants work to lay communications lines in the Philippines and search for buried gold.

Why it could work!  As dense as the book is, it's simultaneously taut and sweeping.  The characters are engaging, and both the intellect-oriented Waterhouses and the action-oriented Shaftoes are well-drawn characters.  The settings and contexts of both generations will be familiar to most movie-goers (though the modern storyline will need updating, as technology has passed it by somewhat).  Overall, it's the work be Neal Stephenson that best lends itself to screen adaptation.

What's it about?  Dirk Gently is a detective who believes in the interconnectedness of all things, so when he runs into Richard MacDuff while searching for a cat, Gently takes MacDuff's case, despite the fact that MacDuff didn't realize he had a case to take.  Along the way, time travel, the ghost of a long-dead alien responsible for life on Earth, and a religious robot all come into play.

Why it could work!  Hollywood has already attempted The Hitchhiker's Guide to the Galaxy with middling success, why not try this out?  Seriously, it's just demented enough to work if given the right writer and director.  For some reason, Edgar Wright comes to mind. 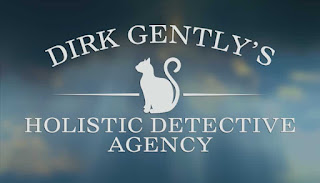 7. Fafhrd and the Gray Mouser

What's it about?  Two thieves, one a giant barbarian, the other a small former mage's apprentice, stumble into each other while pulling the same robbery.  They hit it off and decide to partner up.  After an initial tragedy puts them on the run, they share many an adventure, always getting themselves into scrapes that their wits and their swords must get them out of.

Why it could work!  Warner Brothers has already optioned The Lies of Locke Lamora, a modern day series that hearkens back to Fritz Lieber's twosome, so why shouldn't someone make movies out of the originals?  There's enough material for an entire movie franchise, but without the serial nature that would require a studio to commit to a specific number of movies.  And given the books were a true buddy adventure, the franchise could be attached to almost any pairing of youngish actors with good rapport.  Chris Helmsworth and Tom Hiddleston would be amazing together in it. 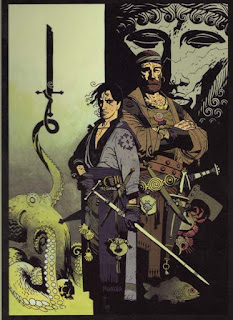 8. Either: An All-Star Heist Flick Featuring the Greatest Actors of Our Time OR a Documentary on How Production of That Movie Imploded

What's it about?  De Niro!  Pacino!  Hoffman!  Washington!  Day-Lewis!  Hanks!  These are some of the most beloved and well-nominated actors of recent decades.  Why not put them all into the same movie, give them a taut script featuring a team of elite experts attempting to pull off an amazing theft before retiring, and let them go at it!  How could it fail?

Why it could work!  The beauty of it is, so what if it does fail?  Roll cameras while they're rolling cameras!  Interview the cast about the film process throughout production.  Understand who doesn't like whose interpretation of The Method.  Is someone seemingly not pulling their weight?  Egos getting in the way?  Are fists and shot glasses about to fly?  Great!  It can be an Oscar-winning documentary instead of a box-office heist movie.

What's it about?  Boy meets girl.   Boy asks girl to marry him.  Girl leaves boy at altar.  Boy decides to kill himself.  Before committing suicide, boy seeks out advice from the writer of an article on suicide.  Turns out the writer is the author of the story that the boy is a character in, and he says the boy is not allowed to kill himself.  Boy says, "You're not the boss of me!"  Then things get weird.

Why it could work!  This would never be a Hollywood blockbuster, but based on the novel by Miguel de Unamuno, Niebla would have the chance to earn the right director (both Spike Jonze and Terrence Malick come to mind) the obligatory Best Picture nomination.  Especially if they leave the eulogy given by the dog at the end of the book.\ 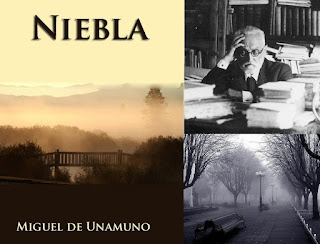 10. One Hundred Years of Solitude

What's it about?  Seven generations of the Buendía family pass since their patriarch founded Macondo, the utopic city of mirrors, on a riverbank in Colombia.  Every member of the family appears destined to find grave misfortune at some point.  An encrypted text may hold the secret to the family's travails, but can the family break the code before it's too late?

Why it could work!  Gabriel García Márquez's novel is stunning, combining magical realism with a sweeping generational saga.  The only reason it's not already been made into a film is that the author never gave anyone the rights to adapt the book.  It would take a deft hand to guide the adaptation of the book, but in the right hands, this could be a Best Picture winner.  Think Life of Pi except as a soap opera set in the jungle. 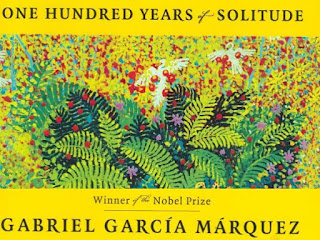